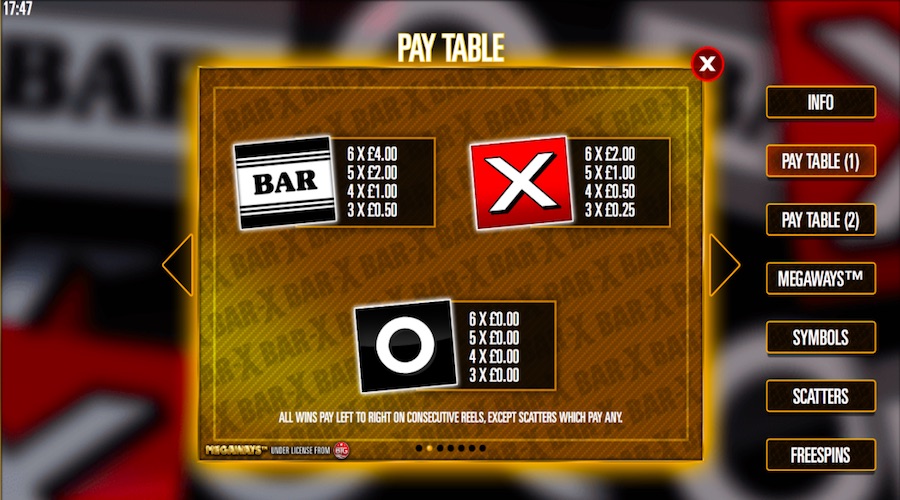 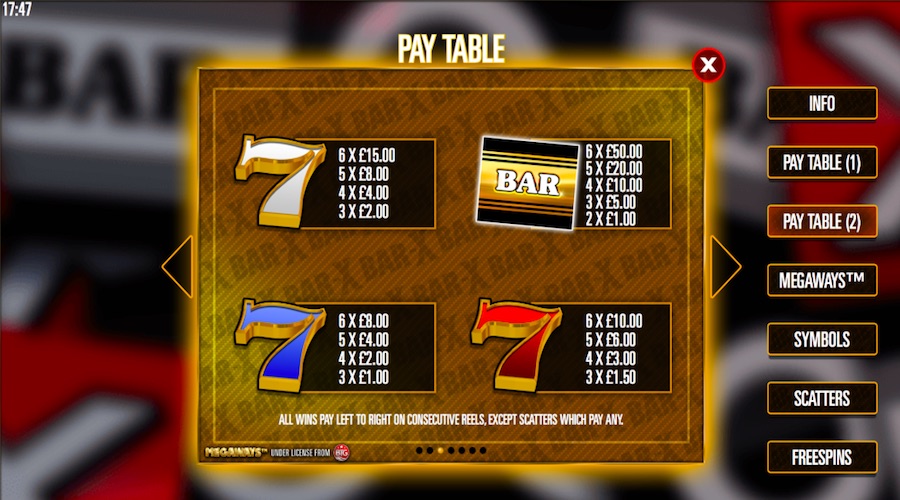 Bar X Megaways™ is a 6 reel slot from Storm Gaming that uses the impressive Megaways™ reel mechanic that is under license from Big Time Gaming. Through this popular and entertaining reel modifying gaming engine, Bar X Megaways™ can produce up to 117,649 paylines on any given spin.

A total of 11 bet sizes are on offer for players wishing to try their luck on this slot, and the minimum stake to get the reels spinning is just £0.20, whilst the maximum bet comes in at a huge £100. One of the 6 stakes that range from £0.20 to £2 will suffice for most players, and be suitable for the bankroll they are playing with. 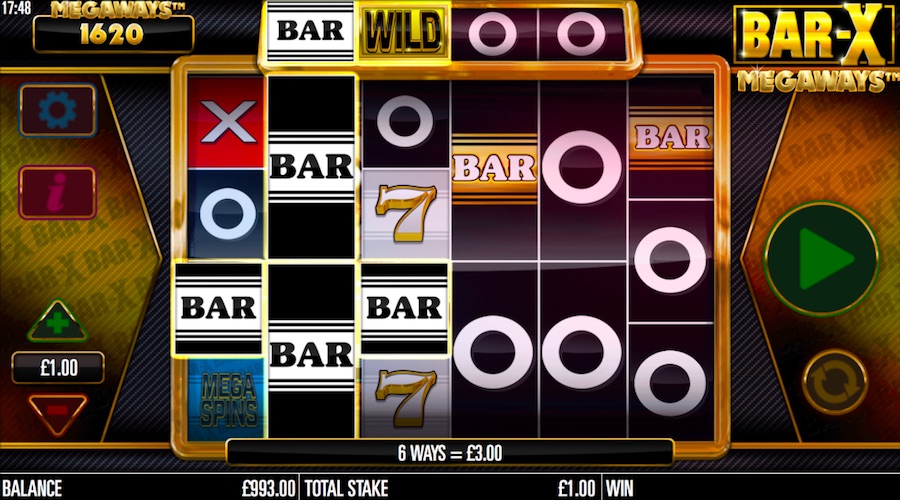 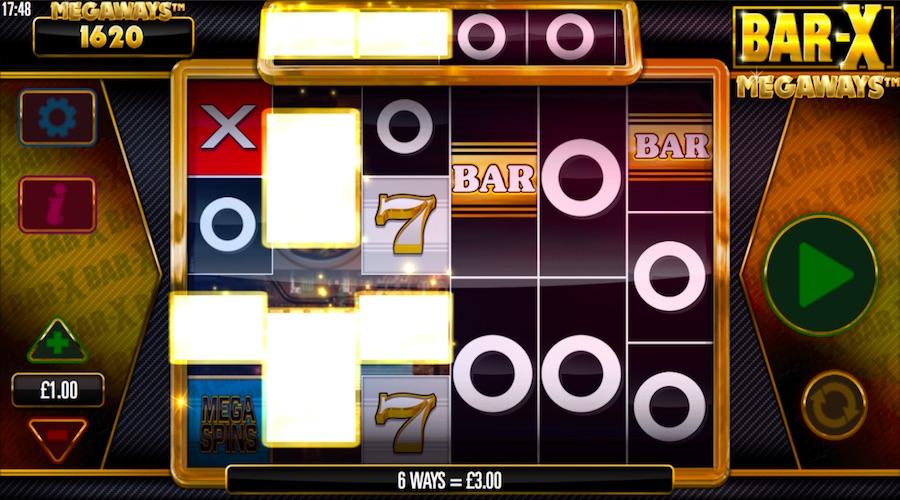 In more recent times slots that feature cascading reels have become particularly popular with players, and Storm Gaming have utilised this in their previous Megaways™ titles such as Monsters of Rock Megaways™ and Magic Merlin Megaways™.

Following the success of its use in those games Storm have once again decided to add cascading reels to Bar-X Meagways™, and this reel mechanic tends to be used in slots that feature 117,649 ways to win anyway.

All symbols that make up part of a winning combination will be removed from the reels and new symbols will cascade down, or slide in on the upper reel. This is a process that can happen several times in one spin and can lead to some good wins, especially if you have a high amount of Megaways™ present. 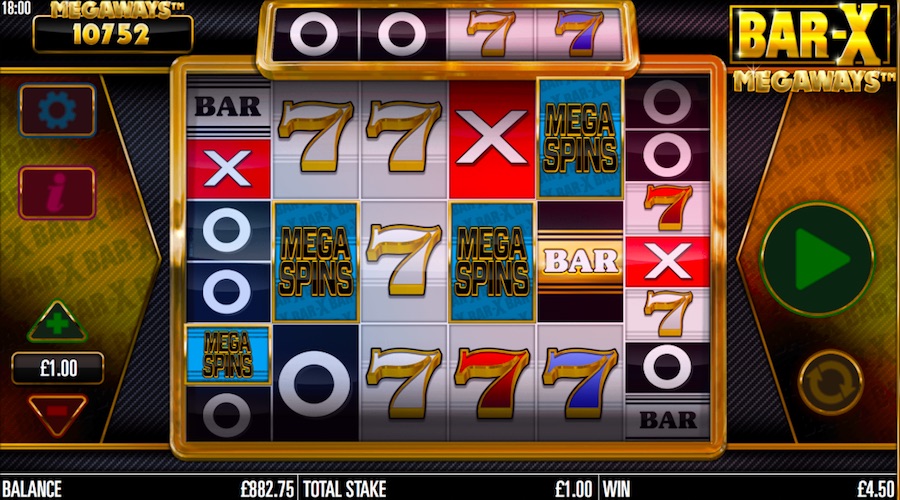 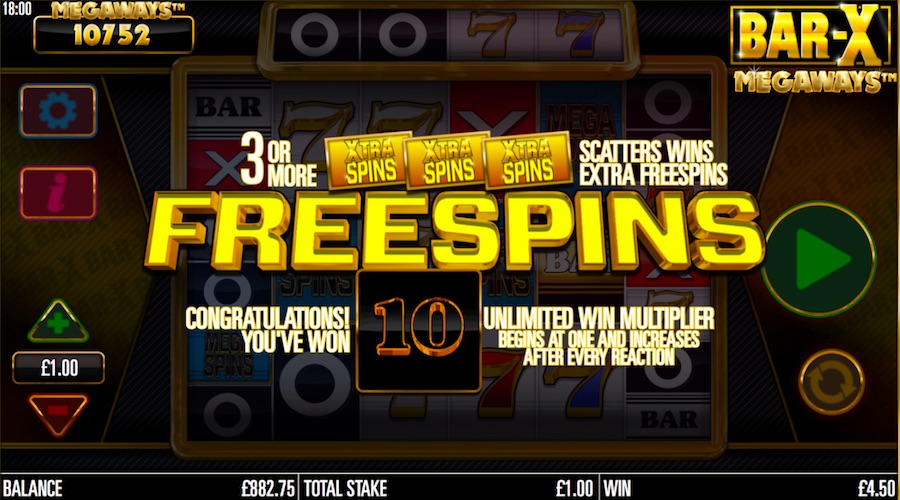 To trigger the free spin feature on Bar X Megaways™ you will need to land a minimum of 4 scatter symbols, this will award you with 10 free spins. For each additional scatter that you trigger the bonus round with an extra 5 spins will be added to your starting amount. 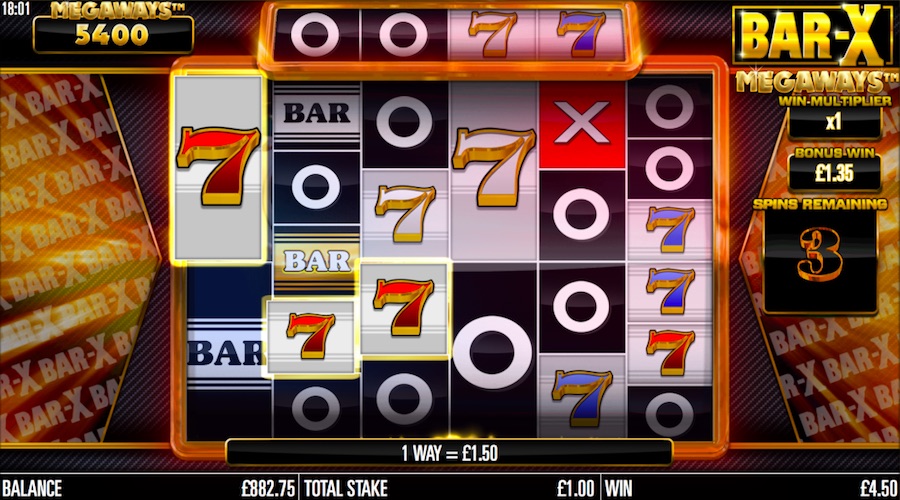 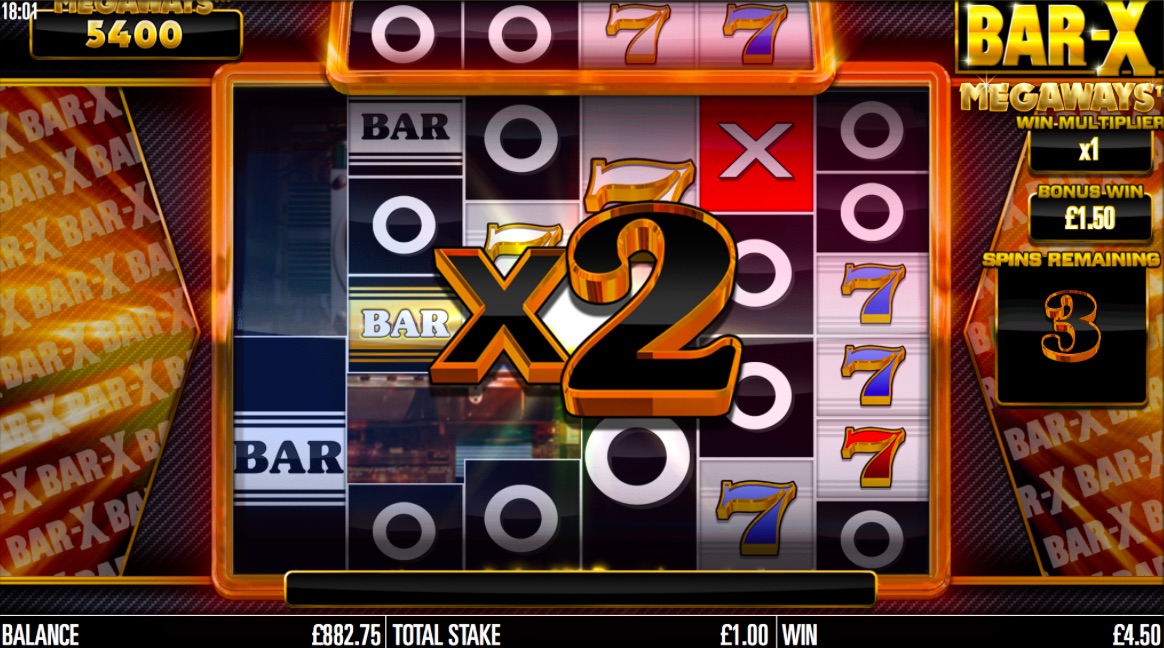 As the free spin feature begins on Bar X Megaways™ you will notice a multiplier amount situated to the right hand side of the reels. This is your bonus round unlimited multiplier, and you may have seen this before in similar Megaways™ titles like Vikings Unleashed Megaways™.

The main aim of the bonus round is to hit as many winning cascades as possible, as each time that you achieve this your unlimited multiplier will increase by x1 in value. These multipliers are capable of getting in to the 20s and 30s if you hit a good run of luck, put this together with a large amount of Megaways™ and a premium paying symbol and you're looking at some big win potential coming your way.

The feature can be re-triggered and to do this you will need to see 3 or 4 of the bonus scatter symbols appear on the upper reel ( Players should note that during the free spin feature the bonus scatter symbols only appear on the upper reel. ) Three scatters will award you an additional 5 extra spins, whilst four scatters will reward you with an extra 10.

Strom Gaming have a good record so far with their Megaways™ titles and we thoroughly enjoyed playing Bar-X Megaways™. It made us very reminiscent of playing Bar X O machines from back in the day in land based arcades, and to see a Megaways™ version of it so well presented was great to see.

Although at a first glance you may not think there is anything different in Bar-X Megaways™ compared to other slots in the 117,649 paylines series, we found it particularly interesting that it features a symbol that doesn't pay anything, which of course is the O. Any player who has played a BAR X O machine will be aware that the O is a non paying symbol, and we couldn't recall a Megaways™ slot to date that features anything like this.

Although it may not suit all slot players style of play, we also like the fact that you can't quick spin on Bar-X Megaways™. We feel that for the players who are looking to get the most out of their deposits, playing at a normal speed is key to maximising entertainment time and the best way to gamble responsibly.