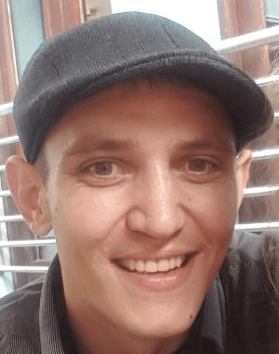 Hi there visitor! Firstly, a very warm welcome to demoslot.com – your only necessary source of indepdent, unbiased, and trustworthy reviews of the vast sea of slot machines that exist on the web today. The online casino scene hjas grown from a struggling root into a monolithic and monumental oak of truly unreal proportions in a very short period of time, and sorting the wheat from the chaff is becoming harder than ever for the average punter who simply enjoys spinning the reels from time to time.

That is why we are here. We created demoslot.com to provide you with trustworthy analyses of the games being released each month by top developers like Microgaming, NetEnt, Play’N’Go, Thunderkick, 4ThePlayer, IGT, WMS(Williams), and so, so, many more. We accept no money or other benefits from these companies when we break down the themes, stakes, gameplay, and features of their games. This allows us to tell you truthfully when a game is good or bad.

But enough of all that – I’m just a writer, after all – but I feel passionate about what the staff here at demoslot.com are working towards, and as such, I feel compelled to tell you why I am here as opposed to the other several dozen sites that are claiming to provide such a service. As a writer at demoslot.com, I am empowered with the ability to tell you the truth. And I can promise you, that is not the case at plenty of similar online casino game websites

I took an interest in programming at a very young age. I was lucky enough to have access to an Amiga 500 computer from the age of around 11 and created my first programs using it and AMOS or Blitz Basic. I moved over to the PC in 1995 and quickly became obsessed with online bulletin boards, opening my own first BBS system in 1996 named “Rebels BBS”. Over the years, Rebels became Kaotix, Kaotix became Kaotix 2, and I finally settled on “The Dream Factor”y until I moved over to the web permanently in 1999.

A quick note to anybody who recognises who I am from this – fIREST0RM(et al), yes, my code did suck, yes, I was a schoolkid who ran his mouth way too much, and yes, I probably wasn’t the best person back then, However, I claim the youth defence – these days, people would say I had Dunning-Kruger syndrome – I got a copy of Borland Turbo Pascal, I threw stuff together with it, and it worked. Therefore, I assumed that I must be a god of writing code. I recently found one of those old programs and reduced it from over 5,000 lines to around 200 in under an hour. Yup, my code sucked. But hey, it certainly doesn’t now! 😉

Whether you knew me because of my groups (PCC, NTA,, PacmaN etc) or just because we called each other’s BBS, I’d love to reconnect with some of you. My contact info is on this page. I’d especially love to talk to Spinback, Crowman, ONiON, Peanutz, Axe, Marna from Shetland, Pratman & Dr Psycho, and everyone and anyone who knew me from the London 2600 meets. Please, if you see this, drop me a note – it would mean the world to me.

I opened my first music club when I was a young adult and had trouble getting back in after nipping outside to my car. A memorable experience, for sure! The club was called PHAT and was held at Bar Phono inside the Merrion Centre in Leeds. We spent three amazing years there, packing it out to the absolute capacity for almost every event.

I never really planned on opening my own club nights, but my god-awful demo tapes had been rejected by every existing venue in Leed and after going on a random night out to another party called “hypahektik” which had less than ten people in the room, I figured I’d ask the owner if I could have that night instead. I had no experience, no idea what to do next, but he gave me the slot anyway. I guess, as they say, the rest is history.

I invited DJs from other local clubs to play at PHAT in return for a set at their nights. The trick worked, so I needed a name – I’d used DJ Impact before this but didn’t want to move forward with that as another DJ was already using it. So, Chris Impact it was. I soon built quite the reputation as a DJ, before embarking on a production career that saw me launch multiple record labels as well as becoming involved in many other nightclub promotions including Wired and Meltdown.

Sadly, I made a wrong turn when I chose to end PHAT to open a new club (Meltdown) at a new venue… we didn’t even make it to the end of the opening night before we were forced to cancel all future planned events. From that point on, the real world was fast approaching and although I had multiple residencies as a DJ, my music career eventually fizzled out as I devoted less and less time to it after 2003.

And we are almost at the point where online gambling comes into play! Whilst at University earning my First-Class Honours Degree in Business Information Technology, I set up Teqnical Limited with Thomas Hughes and we created web-based applications for tracking insurance data for three of the world’s largest car manufacturers.

Although I had always wanted to create games software as a child, the world of LAMP web development appeared to be my calling, and I bean my first job out of university at Reality Creations just a few weeks after graduation. I progressed very quickly to the head developer and worked for one or two other smaller companies before eventually leading a team of eight developers at a large media agency in the North of England, UK. We worked with and for global brands, hosting their services on-site, and I acquired an enviable skillset as a server administrator in addition to my programming knowledge and skills.

Trouble is, once you have your own team, and the reality of that sets in… you suddenly realise that you are no longer a programmer – you are a project manager. You aren’t doing what you love anymore, you just check other peoples code all day long, and the guy who has to tell everybody else why they suck is never very popular – that’s just life. I already had my dream flat at a prestigious address, a faster car than anybody sensible would ever buy, more electronics than I knew what to do with… I started wondering – what now?

I still love to play poker and if you would like to challenge me to a heads-up match either online or in person, please do get in touch – I can’t resist the chance to test my skills!

a brief but important moment

So I mention, what now? The answer seemed to be to set up a development studio myself and start from there. That turned out to be betting on black, sadly, and the ball landed in a red pocket that day. Within a year, the financial crisis hit, my clients stopped paying, and a business that began as an explosion died out in a whimper. The only positive is that it taught me a lot in a short space of time.

A while earlier, I’d been creating a game for a large UK-based gambling company to tie in with the World Cup. I suddenly had a lot of free time on my hands and, having never gambled online, I remembered how much that job had piqued my interest.

I was soon claiming every Blackjack bonus I could find to try and earn a little extra money, and it went well for a while… unfortunately, the clampdown on bonus rules suddenly made the whole thing much less lucrative seemingly overnight, so I ended up spending my online gambling time playing poker instead. That mini blackjack sidebar game was calling me, however, and I couldn’t help but play a few hands… poker can sometimes be brain-numbingly slow.

From that moment on, I spent a whole lot of time experimenting with different online slots. I learned about RTP’s, paytables, probabilities, and all sorts of geeky stuff – fascinated by the code and the math behind the shiny graphics of these online “bandits”. I knew they were taking my money, sure, but I wasn’t losing anything much – in fact, Dead or Alive had given me a win so huge I had a bankroll that meant I could pretty much experiment all I liked.

So that’s what I did. I played slots. Then I began to review slots at a major online gambling site. THEN I learned they paid money to people for writing those reviews. I couldn’t quite get my head around this – so I researched what was going on here too.

It was around this time I found out about the whole affiliate model, that writing about this kind of thing could be some sort of a career, and I wondered if it was something I would enjoy - I'm a creative type of person. I’ve written music, I’ve written code. Why not try copywriting? So that’s what I did. For two or three years, I made a decent living writing all sorts of stuff about online gambling, though slot reviews were the real driver of my work.

At some point around 2015, a friend approached me with an idea – was I interested in setting up a sound and lighting hire business. It was a bit of a strange concept at first – I had no experience of anything like that… did I?

Well, it turns out that actually, I did – running all those clubs a few years back had taught me plenty about how to make a room sound good when it came to speaker configurations. I knew plenty of industry-standard rack and DJ equipment inside out. I knew how to liaise with professional artists in a musical environment. Between us, and one or two other people that would be our employees, we would have a team that could set up a party as well as the best of them. We decided on a little “niche” too – our motto became “…Because even the smallest parties deserve the biggest sound!”. True to our promises, we took the best sound that money can buy to your average friends only gatherings – they would ALWAYS be fascinated by the equipment we took with us.

In March 2020, as we all know, a pandemic swept across the globe. Originating in Wuhan, China, Covid-19 as it came to be known shut down the global economy almost overnight. Nightclubs were forced to close their doors. Mass gatherings were banned. We couldn’t legally hire out any equipment – what was there to do?

And so, I returned to writing. We all have to earn a living, after all – and yes, I’m back behind a desk all day, which does suck in a way. But at the same time, I am doing something creative once again. I get to try the latest slots before they go on general release. And I’m being paid fairly for my time, too -  who could argue with that.

Working with Nigel at Demoslot.com has been particularly enjoyable. This is a project that I believe in, and have faith that Nigel will continue to grow this venture into the dominating force it deserves to be in this space.

I hope you will enjoy my reviews, and I hope you have enjoyed reading a little about my background too. Please don’t hesitate to contact me if you have any questions about slots, poker, gambling, or anything else to do with our work here at Demoslot.com. We love to hear your feedback! And most importantly of all, please help us grow the site by sharing it with your network. Every little helps!